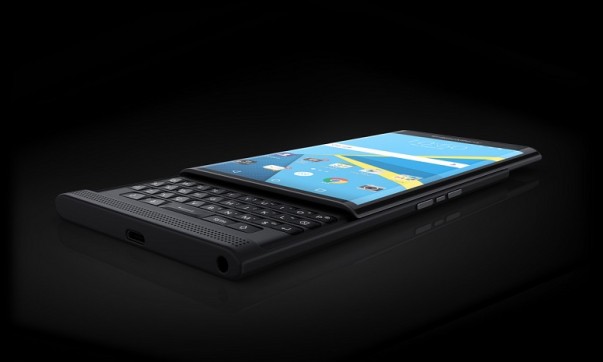 BlackBerry Priv first Android model of the Canadian brand, and it is now available to pre-order through Carphone Warehouse with a price tag of GBP 579.99 (approximately Rs. 58,000). Curved screen with a sliding physical keyboard, BlackBerry Priv that it is positioned as a PHABLET with a Quad HD touchscreen.

Latest video published by BlackBerry shows little things, Thus we see there the body of the device, its sliding keyboard, and found to run under a version of Android Lollipop 5.1. BlackBerry has chosen not to change the appearance of the platform, it still has many assets, including the excellent center of Blackberry Hub notifications. This is undoubtedly the most attractive feature of Blackberry smartphone. On the Android Notification Center has been greatly improved, it is above all OS. It allows to group together in a single window all the notifications, but also email, SMS, Facebook messages, Twitter and other social networks.

The BlackBerry Priv features a screen of 5.4-inch Quad HD touchscreen capable of displaying 2560 x 1440 resolution and 540 dpi, Equipped with a Qualcomm Snapdragon processor 808 1.8 GHz, based on a 64-bit architecture, supported by 3 GB of RAM. The storage space goes no further than the 32 GB internal storage, but it is possible to extend it through the embedded micro SD port up to 2TB. Coming to the camera side one, you can  find a 18 megapixels back camera and 2-megapixel front camera and powered by the battery power of 3000 mAh.