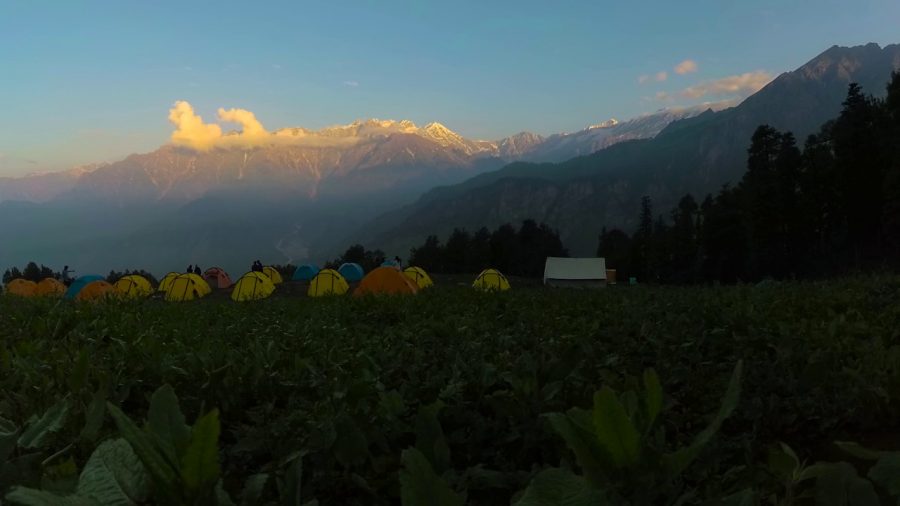 One of the most high-altitude treks in India, Bhrigu Lake Trek is a real treat for adventure seekers and nature lovers. One of the main attractions of the Manali tour packages, Bhrigu Lake is famous for its alpine meadows and serene surroundings. The grassland trek is an absolute delight for those who wish to see high altitude alpine meadows. However, for this, you will have to trek for at least 2-3 days because alpine meadows start at around 11,000 feet.

The 24-km.-route leading you to Gulaba takes you on the Manali-Rohtang Pass Road. It will take you around 1-hour drive to reach Gulaba. The trek starts at Gulaba, which is at an elevation of 10,370 feet. A 20-minute trek will lead you to Gulaba campsite. The trek passes through the open grasslands underneath forest cover.

It is advisable to carry 2 litres of water from Gulaba before you start the trek. The journey begins with a steep ascent. The silver oak, cedar, and birch trees are some of the most visible trees in the Himalayas. After trekking for around 20 minutes, the trail enters an open meadow. You can spot Mt. Hanuman Tibba from here, which are the Seven Sister Peaks in the Beas Kund Valley.

After turning right from the upper ridge of the meadow and heading towards the south, you will find the second forest cover. Located at the base of the Bhrigu Lake at an elevation of 12,566 feet, Rola Khuli is a picturesque grazing ground as if picked from a fairy tale. Rola Khuli makes an ideal camping ground and the water source here is Chor Nallah.

As you need to cover a lot of distance on the third day of the trek, you should start a bit early. The trek starts on a stony trail with two hours of initial steep ascent followed by ten minutes of descent ascent. After that, 15 minutes of level walk is followed by one hour of steep ascent to reach the lake. Hiring a local guide is always a good option.

With an altitude of 14,100 feet, Bhrigu Lake sits between two high-altitude ridges. Along with the alpine meadows, the lake is either surrounded by fresh grass or snow depending on the time of the year you are visiting. If you are lucky enough to get a clear sky, then you can have panoramic views of Dhauladhar and Pir Panjal Ranges. You can also spot some major peaks such as Deo Tibba, Indrasen, and Hanuman Tibba from here. Spend some time at the lake and gear up to retrace your way back to Rola Khuli.

Day 4: Rola Khuli to Gulaba (5 km.) Followed by a Drive to Manali

Take the same route and get back to Gulaba. The 5-km.-trek will take you around 3-4 hours to reach Gulaba followed by a drive to Manali.

Scroll through the Manali tour packages and head to Bhrigu Lake. Embark on this thrilling trek and get an opportunity to witness the alluring beauty of the entire region.

previous article
Adventurous Things To Do In The Quaint Hill Town Of Mashobra
next article
Why Is LGBTQ+ Community At Danger Of Alcohol and Drug Abuse?