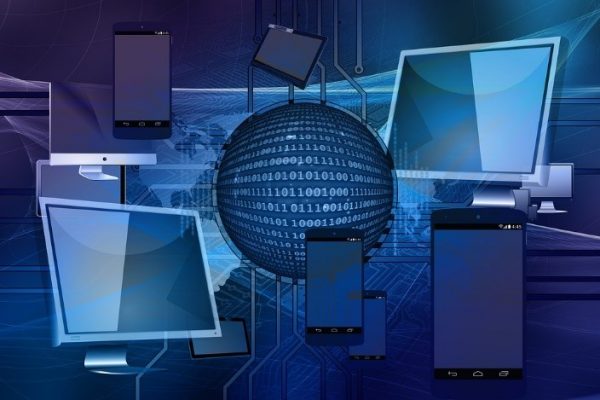 The Acronym CDN stands for Content Delivery Network, to simply say a content delivery network is an extensive system of distributed servers which are deployed in multiple data centers located across the internet. A CDN’s primary objective is to provide high speed and high performance to all the end users. A CDN works directly by fetching data static data from your website’s server and caching them on their servers. When a visitor makes a request to view your website, the static assets are served via CDN rather than your original site. It is much faster as the CDN servers are spread globally which act as proxies that determine which server is physically the closest to the visitor, thus delivering the content on a more convenient and speedier network.

A CDN also performs the task of a load balancer, that is, most CDN providers have server networks at every location which mean they can handle high traffic and massive amounts of requests effortlessly giving the visitor of your website an outstanding experience.

The following example explains the working of a CDN. Let’s say that you have a website that has the origin server in your city (New York, America). And the visitor who has requested to view your website is from (Delhi, India) so each asset must be download from half way across the world which will make the user face longer page load time due to high ping and latency. This is where a CDN comes in; it distributes files to all its servers located around the globe which reduces the time needed to access data on your site. The visitor in Delhi won’t have to go to the server located on America, as it can access it through the CDN server which is located in Asia.

A CDN is a web of multiple highly optimized servers distributed across the globe which stores the static data (images, stylesheets, videos, javascript, and file downloads).

CDN hosting is the thing which makes your website insanely fast, but the question here is that do you need a CDN or not? For that to answer, you need to understand the difference between CDN hosting and traditional hosting.

Traditional hosting has had it’s long run with proven results; there were many hosting companies that housed different types of websites both basic as well as corporate. These websites were entirely static composed of small files that could be downloaded and viewed by all users of the internet but time has much changed since then and those days are long. Today, the internet has grown substantially, and almost every electrical device is connected to the internet in one way or the other. The Internet has become the medium for providing, education, awareness, information, and entertainment. It fulfills the domestic as well as the corporate need; internet has now become as a source of earning which further pushes the need to stand out on top among other competitors. Unfortunately, the tradition hosting is not capable of meeting such high-end demands; you be the judge yourself after viewing the differences.

There are many differences in both types of hosting, after carefully observing the differences you can choose that which type of hosting is best for you.

After understanding what a CDN is, its purpose, and its working now let us look at the advantages of a Content Delivery Network.

Sites that load slowly are now penalized by search engines because such sites create unprecedented traffic jams. Your website layout and its appealing design do little good if your website has poor load time making the content delivery slowly to your viewers. It is a fact that customers are attracted towards fast working websites because people have spent good money on their equipment as well as their connection. Hence they expect the best performance from your website, that is a high time in loading web pages, high quality of videos and online stream.

CDN minimizes the issues of latency which cause image jitter, it optimizes delivery speeds and over all maximizes available bandwidth for each individual user.

CDN is not just fast, but it also provides redundancy for any fail-safe protection protocols that occur during partial internet malfunction. It also duplicates the content and protects your website against image degradation and data loss.

So for those with dense traffic, which is often international and those who take it seriously when it comes to providing the best service and the possible best experience to all their users, Central Delivery Network (CDN) is crucial regarding their optimization strategy.

A CDN not only increases the speed of your website and prevents it from crashes but it also pushes it upward on all search engines, not only making your website super-fast but also popular among searches.

People who are running online businesses over the internet often face the storage for needs of all kind of content which they need to deliver quickly, CDNs can help you with that as they facilitate faster load of web pages along with other important benefits of CDNs.

With a CDN hosting, the user experiences improved quality of video streaming.

It usually jitters and pauses while video streaming that is due to lags in transmission times. With a CDN a user can have a far better experience when downloading audio and video content.

If there is a natural disaster which affects the internet, your data is protected by file mirroring. Disasters like earthquakes and hurricanes can cause major disruptions to many services in key affected areas.

Speed is a key element in the online business. Therefore, CDN increases the loading speed your web pages which increase the viewer satisfaction making the scale of your sales go up.

If you’re a newcomer in the field of online business and your target market is local for now, then there is no such need for you to set up a CDN but if you are a heavyweight in this market and want to expand further your bussiness then you need a CDN. Don’t worry, CDNs are not that expensive, you can get the cheapest cdn according to your needs which will move to business to new heights.