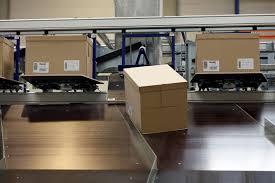 Anzac Day and What It Means To Australia and New Zealand

Anzac day, April 25th, is remembered by residents of New Zealand and Australia collectively for their nations’ contributions to both World Wars. Specifically, Anzac day remembers the efforts of brave Australian and New Zealand soldiers in the assault of Gallipoli peninsula in the Turkish Ottoman Empire. The goal of the assault was to push forward and capture Constantinople (now Istanbul in Turkey) with the intent of allowing allied navies access to the the Dardanelles strait. The plan was thwarted by fierce resistance from the Ottoman Turkish defenders and what was supposed to be a decisive victory was instead drawn out into an eight month stalemate. Australian and New Zealand residents hold great value in this day as it was their first major military action fought during the First World War, their independence established from the British Empire only thirteen years previous. Anzac day remains one the most important nationally recognized holidays for Australia and New Zealand. Anzac Day 2015 marks the 100 year anniversary of the assault on Gallipoli Peninsula and as such special events are planned.

Anzac stands for Australian and New Zealand Army Corps, and Anzac Day represents the day of their first major action during World War One, the assault on Gallipoli Peninsula. The Gallipoli Peninsula had significant strategic importance for several reasons; it had direct access to Russia and Ottoman Turks were closely allied with Germany at the time. Early in the war when Turkey had remained neutral, supplies could be sent to Russia up the waterway but after November of 1914 the passage had been closed off and mined in preparation for the Turkish entry into the war. Earlier that year Allied forces had attempted a failed naval assault but were confounded by the Turkish mobile gun emplacements and poor intelligence. A beach landing was decided upon to route the gun emplacements and make safe passage for mine sweepers to open the passage. The Anzac troops were training in Egypt and were deployed with a mixed Allied force for the assault. On April 25, 1915 a coordinated Allied assault on the Gallipoli Peninsula commenced with the Anzacs landing north of Gaba Tepe on the Aegean coast. From there they were to advance across the peninsula, cutting off the Ottoman troops in Kilitbahir. Ottoman resistance proved far in excess of what was expected and the assault turned into a stalemate that lasted eight months. By the time Allied forces retreated the Anzacs had suffered losses in the realm of 8,000.

History remembers the assault on Gallipoli peninsula as a stalemate at best, an Allied disaster at worst, it still marks the first major military action that Australia and new Zealand undertook as an independent nation. As such, many see the action as a defining moment in Australia’s history; a moment to be remember those that gave their lives in the war. Anzacs Day was made official in 1916 and was celebrated with a variety of events in that year. In the 1920’s Anzac Day was expanded to remember all of the 60,000 Australian and New Zealand natives that gave their lives in World War One. After World War Two, the day was expanded once again as a general day of remembrance to all of those who gave their lives in both world wars. The day is celebrated with dawn vigils, marches and commemorative ceremonies in celebration of living veterans. As the 100 year anniversary of the assault on Gallipoli Peninsula, Anzac Day 2015 proves to be traditional with the ceremonies centered around the Australian War memorial. Service will run from 10:15 to 12:00 and the Memorial itself will be open for public viewing until 5:00. Notable onsite is the tomb of the Unknown Australian Soldier where the Tri-Service Guard will be mounted and on display.