Dry farming, a set of farming strategies that greatly reduces the need to use irrigated water, is making a comeback. Dry farming involves the capture of residual moisture in soil after the rainy season by cultivating a protective “dust mulch” over the soil to seal in moisture and preventing evaporation. Farmers choose more drought tolerant strains of crops, and space the crops far enough apart so they don’t compete with one another for water. If planting is done right, most dry farmers will go the entire dry season without having to use any additional water.

One positive side effect of dry farming is more flavourful crops. Water stressed fruits, nuts, and certain vegetables tend to concentrate their sugars and flavor into smaller, more potent packages. Dry farming is the norm in certain parts of Europe, where irrigating fields might be illegal. Farmers in Spain, Italy, France, and Greece have been dry farming crops like olives, apples, grains, grapes, potatoes, and squash for years.

In California, which has suffered regular droughts in recent years for reasons ranging from climate change to poor water main monitoring, many farmers have been returning to dry farming. The irrigation of desert land had led to a departure from the traditional farming technique, with farmers planting crops much more closely together to take advantage of the higher water levels and produce a greater yield. Drought, of course, changed all this. According to the California Agricultural Water Stewardship Initiative, “dry farming is not a yield maximization strategy; rather it allows nature to dictate the true sustainability of agricultural production in a region.”

Farmers can often couple dry farming with genetically engineered, drought tolerant crops. Drought is responsible for 40 percent of crop loss. Crop species that are native to dry regions are naturally tolerant to drought, and generations of selective breeding can produce even hardier subtypes. But it’s genetic modification that is hoped to bring the most impressive results: seeds that can mature more quickly and use water more efficiently are ideal for use in an arid environment.

The evidence in favour of-drought resistant seeds is strong. Just look at Africa: over a five-year period, 2.9 million farmers in 13 African countries saw their yields increase 20% to 30% after sowing various drought-tolerant hybrids. Getting the seeds to the farmers appears to be the sticking point, as most smallholders in Africa have yet to hear about drought-resistant seed technology, and those that have are still not convinced of its effectiveness. Common concerns include the reliability, productivity and cost of these novel seed types. Part of the problem may be fraud: in countries like Tanzania and Kenya, for example, fake and falsely labelled seeds are often sold.

There are other methods that farmers can use to help them deal with drought. With drip irrigation systems, for example, water can be delivered directly to a plant’s roots, saving up to 80 per cent more water than conventional irrigation systems. Farms can also capture and store water for when it is needed, and manage its delivery with irrigation scheduling. Then there is rotational grazing, where livestock are moved between fields to help promote pasture regrowth: good grazing management helps to decrease water runoff by increasing the fields’ water absorption, which helps to make pastures more drought-resistant. It’s also possible to plant ‘cover crops’ to protect soil that would otherwise go bare, which helps to prevent erosion and soil compaction. 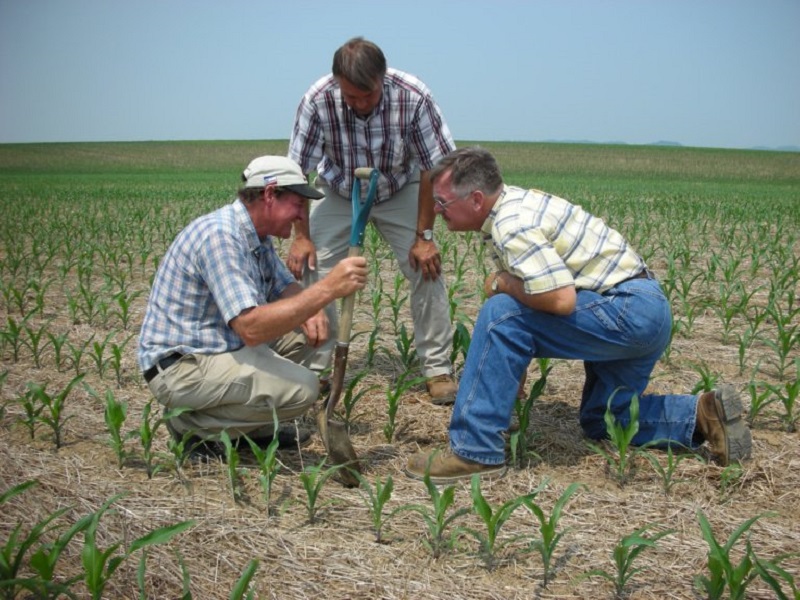 Farmers aren’t the only ones who are responsible for saving water. So how can you help out at home? First, you can buy from farms that use water-saving farming practices. When choosing what to buy, consider your water footprint; water use varies widely from crop to crop. For example, orchard crops tend to use more water than annual fruit and vegetable crops, because trees must be watered year-round for only one annual harvest. Also, try to eat more plants in general; it takes a lot of water to produce meat, especially beef. And because about 40 per cent of the food in the United States is never eaten, consider planning ahead, buying only what you need, and not letting misshapen produce go to waste. You’ll be saving water in no time.

previous article
Dodge The Draft, Save Money, Ensure Comfort!
next article
Are You Considering A Fit-out For Your Office Space?