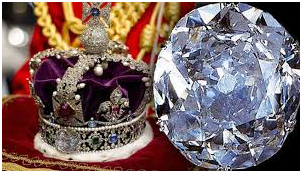 A diamond with a turbulent past and a royal future

Those people lucky enough to have a Diamond Ring like the ones you can find at https://www.comparethediamond.com/ will know how beautiful a diamond can be. The Koh-i-Noor Diamond is a diamond weighing in at 186 carats as an uncut diamond it is thought to have originated in India. Its name meaning “Mountain of Light” it has a history documented back to around 1526 when it was owned by the Indian conqueror, Babur. He reportedly was given the diamond following on from its ownership by the Raja of Gwalior in the thirteenth century. 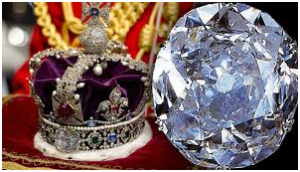 After Babur’s ownership, the diamond passed hands many times between Indian and Persian rulers and it is thought it was once added to the Peacock Throne in the Mughal Throne of India. From here on it was passed back and forth through Persia and Punjab until 1849 when it was located in Punjab before being handed to Queen Victoria in 1851. Prince Albert reportedly searched for a great gemologist to cut the diamond and he finally settled on the talents of a gentleman called Mr. Cantor in the Netherlands who spent 38 days cutting the diamond into an oval shape. Once the work had been completed the diamond weighed around 108 carats. Prince Albert was unhappy with the work that had been done as he noted that the diamond shone less than it did before it had been cut! The diamond was then mounted into the Queen Mothers crown, where it stands out beautifully against the crushed purple velvet material, and it is displayed as a part of the Crown Jewels. 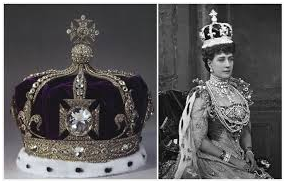 The Koh-i-noor is thought to be amongst the most dangerous diamonds in the world with many people have lost their lives as the diamond was passed from Indian and Persian rulers.