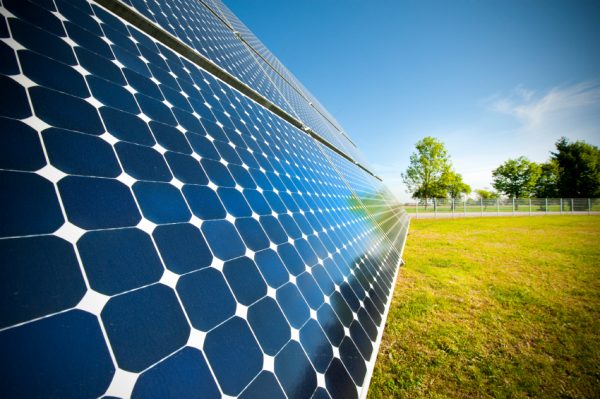 We love solar power more each decade. By now, solar is the fastest growing source-of-power industry in the U.S., surpassing any other source of fuel. There are many reasons to involve yourself in solar, from saving the environment and getting off the grid to saving on power bills or making an investment. What about the origins of generating electricity using solar power?

While solar ovens have existed since people began to cook, noted in the Old Testament, ancient Greek texts and ancient Chinese records, the idea of using the power of the sun to create electricity is only about 150 years old.

In 1839, at the age of 19, Alexandre-Edmond Becquerel invented the first photovoltaic cell, now generally termed a solar cell.

Becquerel placed silver chloride in an acidic solution, connected it to platinum electrodes, and used the sun to illuminate it, which generated current and voltage.

The photovoltaic effect is sometimes called the “Becquerel Effect” to this day.

In 1848, Willoughby Smith was working for Gutta Percha Company, London, which manufactured telegraph wires, when he discovered the photo-sensitivity of selenium. In his time this was put to use laying underground telegraph cables but the technology later became important to the solar industry.

Photoelectric Effects were studied later, first by Johann Elster and Hans Geitel. In 1887, after many experiments, Heinrich Hertz observed the photoelectric effect and the production of electromagnetic waves. Hertz, who worked as a professor, died at 36 without having pursued his study further. His discoveries are now known as the Hertz Effect.

In 1905, Albert Einstein developed the mathematical theory for photoelectric effects, for which he won the Nobel Prize. In his paper on the subject, Einstein wrote:

“Energy, during the propagation of a ray of light, is not continuously distributed over steadily increasing spaces, but it consists of a finite number of energy quanta localized at points in space, moving without dividing and capable of being absorbed or generated only as entities.”

This theory, which introduced the idea of a photon as a particle, is used today in the development of solar power systems.

While household solar hot water tanks had been in use for some time, solar power as a direct energy source became popular shortly after World War II, when it was largely used for space operations.

By 1958, the Vanguard II, Explorer III, and Sputnik III all launched using photovoltaic driven systems. The Vanguard I had used a photovoltaic system for communications, which was considered a success by the late 1960’s, the idea of solar energy became popular among people who wanted to live off the grid and as a potential fuel source for developing countries.

Much of the solar power available at the time was more primitive than what we have today, often depending on solar appliances that didn’t require direct electricity. Solar panels were costly and difficult to find until the 1970’s when the Exxon Corporation built a relatively low cost and low maintenance solar panel.

In 1981, Paul Macready built an aircraft driven by solar energy, which he flew from France to England.

In 1982, in Australia, Hans Tholstrup produced the first solar-powered car. Designed by Larry and Garry Perkins, the Quiet Achiever was able to cross the continent.

Today, solar power is used for more and more buildings and homes as well as urban power grids and public utilities such as signs, parking meters, and bus stops. Increasingly affordable and practical, the concept of harnessing light from the sun is becoming our most important energy source once again.

Travis Gottlieb is a certified drug and alcohol counselor with a focus on prescription addiction. As a lifelong resident of the PNW, he has a passion for overall health and fitness and enjoys rock climbing when work and raising 3 teenage boys allow him time.