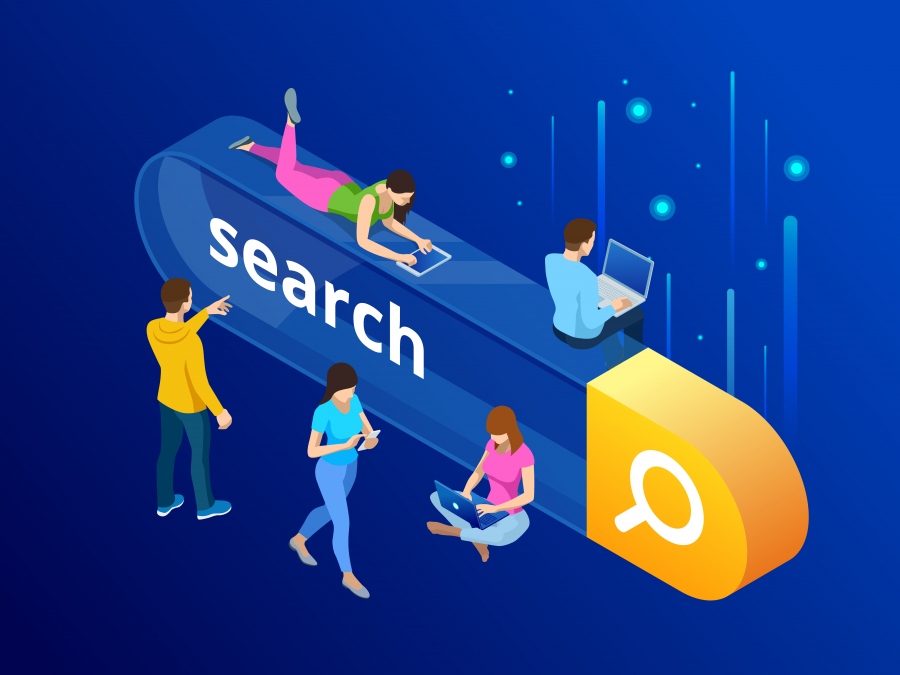 Search engine optimization, or SEO, has been around for almost as long as search engines have. When search engines like Google first set out to make it easier for internet users to find relevant web pages, they created something even more powerful than a user-friendly tool. They created the de facto front door of the internet, the place where most people (including your customers) start when they decide they need to find something or browse the net.

That’s why SEO, which is all about making your web presence as appealing as possible to Google and the rest of the search engine giants (and thereby earning a more prominent place on the search engine results page, or SERP, in turn making your customers more likely to find you) is as crucial now as a listing in the Yellow Pages was in the past.

And SEO is only getting more important to more and more businesses. Here’s why.

Early search engines didn’t much care where you were. If you searched in the United States for “pet store” in the 1990s, you probably had a hard time getting useful local results. Big online retailers such as Pets.com wanted to outdo their competition in SEO, but local pet shops were still generally better off investing in Yellow Pages ads than in SEO.

That changed when Google introduced local search results. Even without including the name of their hometown, searchers can now find local pet shops. And Google and its competitors have only improved this feature since then. With ever-improving algorithms and the addition of Google Maps and other geographic search engines, searches are more local than ever — and, therefore, more important than ever to businesses that operate on a smaller or more local scale than Pets.com once did. These days, 80 percent of Google searches focus on location.

More people than ever are searching

Here’s a pop quiz: How many search queries did Google field in the past 24 hours? Was it 1 million? 10 million? 50 million?

The numbers are as high as 6.1 billion a day. That’s a staggering number of searches, and a huge increase from Google’s early days. Way back then, fewer people were using search engines (and fewer people were using the internet, for that matter). Plus, lots of search engine competitors existed. Today, Google and Bing have a stranglehold on the market. Finding customers means appealing to Google and Bing with smart, proven SEO methods.

More people than ever are searching on mobile devices

Increasing search volume and increasingly powerful local search options combine to make a compelling case for local business SEO — especially when you factor in the increasingly ubiquitous smartphone. More Americans have smartphones than ever, and many of us are searching with mobile devices rather than laptop or desktop computers. Google and the rest know that mobile users generally want hyper-local results. Mobile search is the new window-shopping, the SEO experts at LinkGraph explain.

Don’t watch customers drive by your business while they blindly follow their smartphone GPS to a competitor. Location isn’t everything anymore — not if you can’t let your customers know that you’re right here. Beef up your business’ SEO and make sure that you’re on Google Maps.

Because search results are more competitive than ever

There’s a bit of game theory to all of this SEO stuff, of course. If nobody really tried to do anything about how the search engine giants indexed and ranked their pages, then we’d probably have a reasonably fair system — albeit one in which Google and Bing have all the say, and your business none. It’s no surprise that Google and the gang are not exactly thrilled by SEO, and even consider some tactics to be “black hat.” That’s a term normally used for immoral hacking; whether any SEO methods can truly be black hat is debatable, to say the least, among those who don’t believe that Google rules the internet by divine right.

But the fact is that your business competitors are investing in SEO, because (for the other reasons that we outlined above) SEO has never been more important. And if you let competitors invest while you don’t, then your business will disappear from the rankings quickly. As with virtually any other marketing expense, SEO matters in part because your competitors are using it to get an edge on you. If you don’t match their strategy, you’ll be in trouble.

Of course, SEO isn’t just about keeping up with competitors. While certainly a competition of sorts, SEO is fundamentally about reaching customers and making sure that they know about your business. So find the people who your business can help: Invest in SEO.