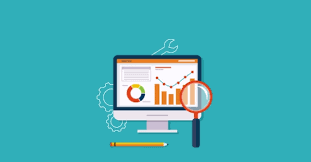 3 Most Expensive Software Bugs in History

Software bugs are a tester’s worst nightmare. All the efforts that development teams make to improve software quality, bug management is at the top of their list. They use bug management tools that assist them in managing bugs efficiently and avoid them from appearing in the future.  Well, history is full of software bugs that have affected businesses and cost them millions of dollars.  It is impossible to assess how much a software bug can cost you until you detect the vulnerabilities.

A software bug is a program error or functional defect in software that causes unexpected behavior of a program or system. QA teams aim at identifying all those defects and pass them on to the development teams. Developers then fix these issues before deployment and deliver quality software applications. Sometimes, there are small issues appearing in a system, which if, left unattended or rectified, can cause major flaws in an application. Companies that do not invest in the right bug management tools fail to achieve quality and speed. Let’s have a look at the most expensive bugs in the history of software failures:

In December 1998, a software issue of over $193 million occurred when a robotic space probe was sent to Mars to explore its climate and take photos of the planet. It took 9 months to reach Mars, and the Orbiter was supposed to produce a retro burn, and enter an orbit in another two months. But the Orbiter started to spin down at the designated time at 193-km heights. The major reason behind this failure was incorrect calculations. Teams that prepared these calculations used different calculations. Nasa used parameters in the metric system in the final stages, whereas Lockheed Martin used the British system.

In 1994, a major bug was detected in Intel’s Pentium processor known as the Pentium FDIV flaw. It was a bug in the operations module with a floating decimal point in the original Pentium processors. This error caused the processor to return incorrect binary floating-point results when dividing a number. According to their officials, this error posed a loss of $475 million dollars and the major reason was the missing entries in the lookup table used by the floating-point division. They used the Intel486DX co-processor module with a floating-point. The next generation worked perfectly fine with the integers but the co-processor remained the same. Intel overlooked this error as the chances of this mistake were 1 in 9 billion, so they announced their launch, But customers had given up and they requested replacements.

In 2004, Ehlers-Danlos Society (EDS) developed a complicated computer system for benefitting payments for the British Child Support Agency. The system accidentally paid over 1.9 million people and was short in payments for 700,000 people. This software glitch caused a loss of $1 billion.

It is obvious that all software applications have bugs appearing in their system. But with the help of bug management tools, it is possible to ensure software quality. The above software glitches leave lessons for all industries and they need to take all the preventive measures.

Tags:Bug management toolsBug tracking toolsSoftware Bugs in History
previous article
How Much Home Loan Can I Get On My Salary?
next article
Guide to Applying for an Unsecured Loan for Small Business