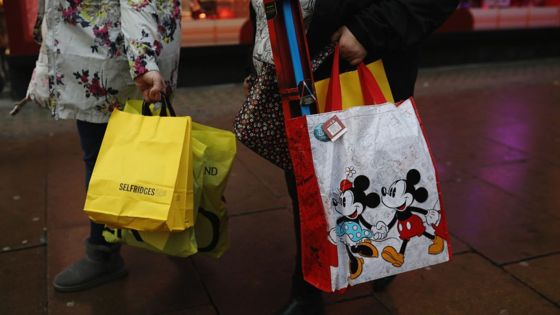 The period in the build-up to Christmas is hugely important for retailers and it is believed that many firms make the majority of their sales in this period. This means that a company’s existence owes a lot to the shopping frenzy that many people naturally associate with the festive period. When you add in the fact that there is often a sales period in the aftermath of Christmas, which used to be the January sales but which now begin as soon as consumers cannot buy gifts in time for Christmas, the winter months will be at the heart of every company’s business plan.

However, it has been tipped that sales growth in the retail sector in the United Kingdom will fall. This is perhaps natural, especially with many people finding it harder to manage their finances but there is also the fact that Brexit is likely to have an impact on shopping habits in the United Kingdom. One of the biggest issues that arose after Brexit has been the fall of the sterling, which was almost instantaneous after the announcement of the EU Referendum vote.

The weak Pound has hurt many People and Retailers

One of the reasons that many people believe that the Brexit vote will impact on retail sales in the UK is down to the weak pound leading to imports being more expensive. This can also push inflation upwards, and all of this will leave the general UK shopper with less money in their pocket.

This has already been seen in the UK with a number of major stores and manufacturers falling foul of their initial moves to deal with the rising cost of important ingredients, raw materials and products into the United Kingdom. One of the most commonly discussed news stories of November 2016 was the fact that Toblerones have now changed shape in the UK. The new design has a lot more flat area between the peaks which means that people are getting less chocolate for their money. This is clearly an outrage and many people have announced their displeasure at the change in shape and design. The manufacturers say that they have had no choice but to create this new look design because of the higher costs involved but it is likely that more people will decide against buying the product.

Some Retailers may take advantage of the situation

The news may not be all bad for the retailers in the United Kingdom as there is some hope that more shoppers will come from abroad, such as the United States or mainland Europe, to shop in the United Kingdom. Even in the run up to the festive period, there were many shoppers in the UK who had come in solely to shop and take advantage of the financial savings they could make. The weak pound has hampered UK’s people ability to shop while abroad but for people coming into the United Kingdom, the weaker pound provides a better opportunity. This is something that some retailers will be able to take advantage of but it is the UK shoppers who will be the most hardest hit.

This is just the latest in a string of incidents that has made life hard for people in the UK and it is easy to see why people need help in managing their money. There is a great deal of pressure on people and with the weekly shop rising in price but no additional money coming into households, a lot of people find it difficult to make ends meet and justify their spending these days.

There is a great deal to be said for finding financial assistance and there is no denying that many people need some breathing space from time to time when dealing with their finances. In this regard, a guarantor loan could be of benefit as this could provide people with the money and time they need to get their finances back on track.

The 2017 retail slowdown will impact on many people and it could lead to some jobs being placed in danger. This is why there is a need for people to admit they may need support with their finances because these are difficult times. There is no getting away from the fact that a lot of people will need financial assistance in 2017.