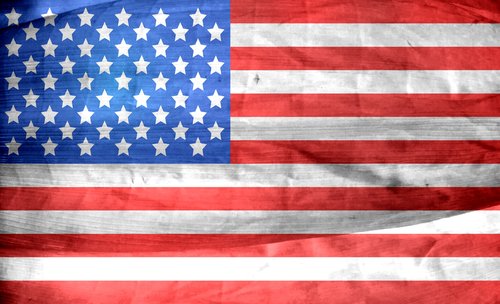 15 Insane (But True) Things About Flags

It’s easy to take flags for granted. We see them everywhere. However, these pieces of fabric are not just ordinary cloths with designs and colors. They represent countries, symbols of cultures, and years and years of history.

In this post, we’ll share with you 15 interesting facts about flags. You’ll never see them the same.

1. The US Pledge of Allegiance was conceived by a magazine writer to sell American flags to public schools.

2. During truce talks between North and South Korea, both parties would try to bring a bigger national flag than the other to each meeting. This went on until a special meeting was called to address the size of the flags, as they could no longer fit in the room.

4. Iran’s flag repeats the words “Allahu Akbar” twenty-two times in honor of the date of the Iranian Revolution on 22 Bahrām 1979.

5. The oldest flag still in use is that of Denmark. It was designed in 1219 and it hasn’t changed since.

6. The act of burning the United States flag is performed mostly by members of the scouting movement. Burning is seen as the most respected method to dispose of a damaged or unusable flag.

7. The state flag of Hawaii is the only US state flag to show allegiance to a foreign nation. It features the Union Jack of the British Empire.

8. The state of Texas provides a script encouraging citizens to pledge of allegiance to their state flag. It goes like this: “Honor the Texas flag; I pledge allegiance to thee, Texas, one state under God, one and indivisible.”
9. The Philippine flag is turned upside down in times of war with the red stripe up. In times of peace, the blue stripe is above the red one.

10. The state of Virginia’s flag is the only US state flag that features nudity (it shows a man with his breast exposed).

11. Mozambique’s flag features an AK-47 assault rifle. No messing around there.

12. One member of the Nazi Party, John Rabe, was able to prevent the deaths of thousands of Chinese under the Japanese when he set up a refugee zone using the Nazi flag.

14. The United Kingdom’s flag signifies the union of the crowns, not the countries. For example, if Scotland leaves, the Union flag won’t have to change.

15. The United States Flag Code says the American flag should never be utilized for any purpose for advertisement. Someone should tell the advertisers about that.

15 Fun Flag Facts – How Many Did You Know Before Reading?

We hope you’ve enjoyed reading about these fun flag facts as much as we enjoyed collecting them. Sometimes, the truth surely is stranger than fiction.

Do you know other flag facts to add to our collection? We’d love to hear from you.

Special thanks to Pixabay, Wikimedia, and The Flag-Makers for the images used in this article.

Abel Cane loves flags and the history behind them. Catch up with Abel @boomalive.