Chef Shipra Khanna, once a downtrodden housewife to a celebrated chef now, is a household name post her glorious win in Masterchef India Season 2. The boss lady successfully has two cooking shows to her credit on Food Food channel and an online cooking show, Look I Can Cook on Watcho.

But the success didn’t come easy for her for once she led a fateful life at the mercy of her husband and in-laws. Dowry abuse, physical and mental torture by a sneering husband, and a divorce after 10-year long loveless marriage didn’t bog her down and she emerged triumphant and stronger than ever.

Back then, the era of reality-based cooking shows, where the contestants compete with each other for a title, were a new thing and met with an enthusiastic response. Let’s look at the 11 mind blowing facts about Chef Shipra Khanna to bow your head in respect for her:

Tags:cooking showsLook I Can Cook on WatchoWatcho
previous article
The Types of Business Management Courses Perth Business Owners Should Consider
next article
The Importance of Location When Traveling for Business 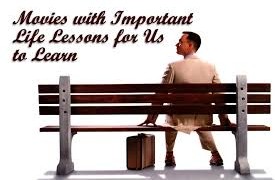 Movies You Must Watch to Get an Inspiration Boost